The A321 threatens to do for Airbus what the A330 has done and enable them to monopolise a market segment until Boeing finally gets it act together and reacts. In this case Boeing has dithered over a ‘middle of the market (MoM)’ aircraft and instead pushed forward with unimpressive stretches of the 737, which so far are coming off second best against the A321.

Within 1:400 too there is a current bonanza of A320neo family aircraft including a few A321neos as the type enters service. It is an opportunity for the manufacturers to dust off and improve their A321 offerings and in this instalment I look at whether Phoenix has risen to the occasion. 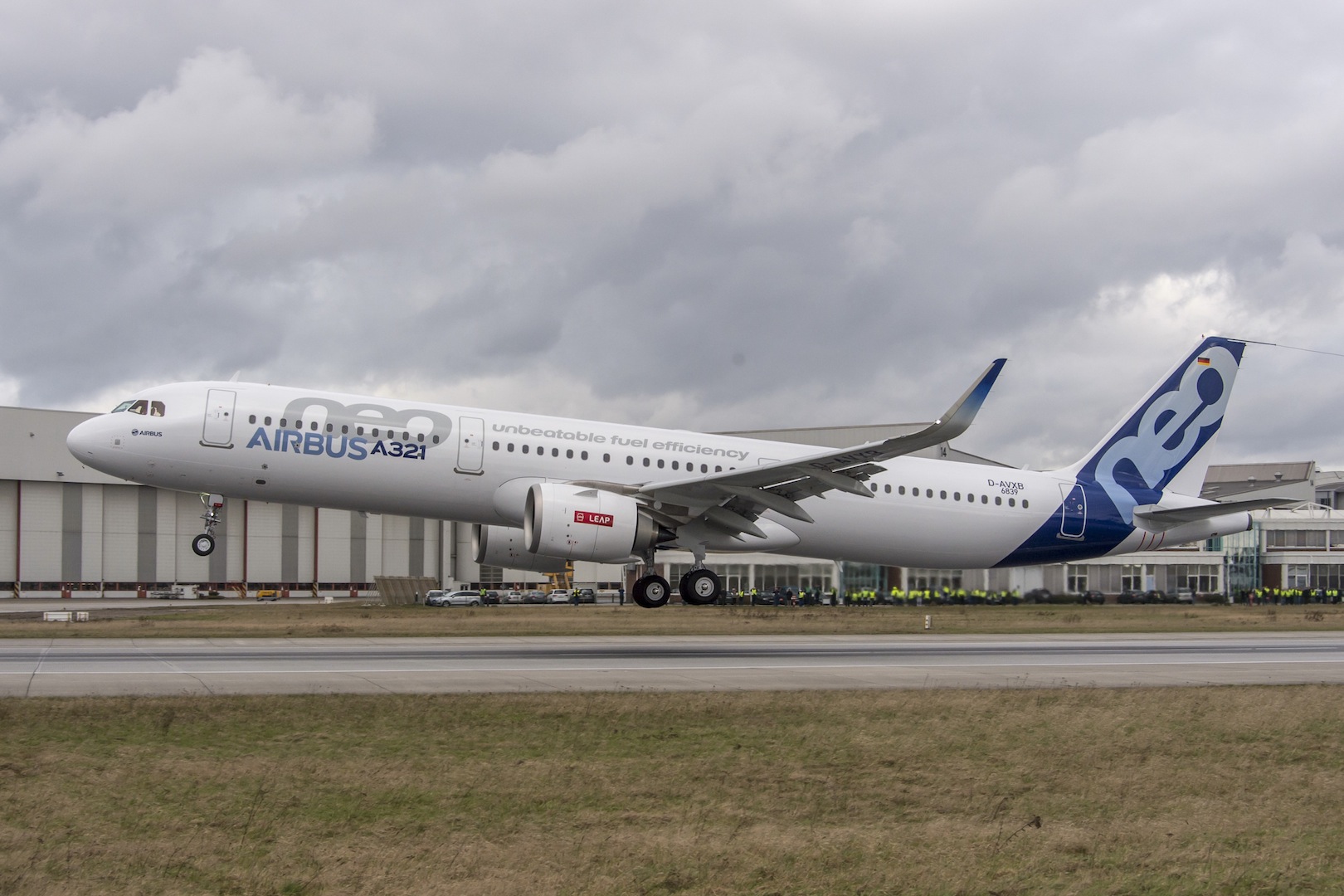 Externally the A321neo is effectively indistinguishable from a late model A321ceo aside from the substantially larger new engines that give the type its designator of neo. Nonetheless under the skin Airbus has once again been able to improve the basic design’s capabilities enabling a higher maximum take-off weight (MTOW), which has required some strengthening of key components such as the undercarriage.

The flexibility built in to the A321’s base design has further enabled Airbus to create an A321neoLR version with another MTOW boost that makes it a true 757 replacement. It is at this end of the market that the current 737 MAX family appear to be struggling with the warmed over 737 MAX-10 hardly an effective competitor.

Even so the A321neo programme has, like its smaller brother the A320neo, not been without its troubles, mainly to do with the new engines – especially the Pratt & Whitney PW1000Gs. In fact the first A321neo required an engine swap to the CFM International LEAP-1A engine due to the Pratt’s difficulties. D-AVXB (cn 6839) was the first A321neo and took off on its maiden flight on February 9, 2016.

Unfortunately only 6 days later, on February 15th, the aircraft suffered a tailstrike on landing at Perpignan Airport in Southern France. This delayed certification for a few weeks whilst repairs were undertaken. Certification of the LEAP variant was finally achieved on March 1, 2017 and deliveries began to GECAS, for Virgin America, in May.

So far only a handful of A321neos are in service but with the Pratt powered aircraft coming on stream in 2018 the number will rapidly increase. Currently the A321neo order book stands at 1,578 aircraft, roughly half that of the A320neo, but this is impressively about 5 times the number of orders for the 737 MAX-9 and 10 combined. The most recent new customer is Delta Air Lines, who on December 14 ordered 100 A321neos. Although this is no doubt partly a reflection of Delta’s anger towards Boeing’s petty moves against the C Series it also reflects the A321neo’s current superiority over the Boeing offerings.

All the major manufacturers have an existing Airbus A321 mould so it is no surprise that they are all strapping new engines on it to make a neo. Sadly what they do not appear to be doing is taking a look at their A321 mould and deciding whether it can be improved upon. Ironically it is the newest A321 by JC Wings that is the weakest model, but it is the very size of the neo engines that has already proven an issue on the neo moulds, which struggle with engine ground clearance.

I have already reviewed a Phoenix A321ceo (see Get Out of Town: Volaris Airbus A321 XA-VLZ by Phoenix) and given the mould is about 90% the same as that much of what I said previously still rings true. The A321 mould is one of Phoenixes better offerings although it obviously shares some of the issues of the A320 mould – namely the nose is a little too rounded and the wing/body fairing is rather flat and ill-defined.

It is especially regretful and lazy that Phoenix have not deigned to fix the most glaring error of their A321 mould i.e. that it has an A320 wing without the double slotted flaps and extra flap track fairings. I talk about this existing failure in my earlier review so I won’t go on about here too much.

Onto the new part of the mould – the engines and pylons and here Phoenix have innovated, or at least tried to. There has been plenty of innovation around this year from flaps down models to nosecone swap liveries but Phoenix are under the impression that what we need is actually spinning fanblades in the engines of our neos. See here for some videos of this feature. So yes if you have a handy pin or needle you can make the fanblades go around, but really why the hell would you ever want to? It just seems like the most pointless feature, especially when the engines are so damn small in 1:400 scale. I guess it is nice to have see through engines but really I’d rather that Phoenix put the correct wing on the bloody aeroplane first!

The other issue with the new engines is they look small. They aren’t actually but in order to give them good ground clearance they are deeply recessed in the pylons – too deeply. So overall the mould hasn’t really been improved over the A321ceo. It may have nice but pointless spinning blades but the engine pylons are wrong and the wing is still incorrect.

The Airbus house livery on the narrowbodies is simplicity itself. The fuselage is white and the tail has the deep blue sash on it with large neo titles. Surely this is an easy slamdunk for Phoenix. They certainly have got the colours correct and the placement of the titles is also 100%. Initially I had thought they’d missed off the red testing markings on the tailtop but looking at photos when the aircraft first flew it didn’t wear them.

There isn’t a lot to complain about actually. The ‘unbeatable fuel efficiency’ titles are a little light but they do appear quite inconspicuous on the real thing as well. In fact the only place where criticism can be made is the CFM LEAP badge on the engines. The printing here is poor and the text can barely be read whereas on the real thing the text is bright white and well defined.

Printing on this model is good and I am glad to say that there has seemingly been a marked decline in hairs, smudges and fingerprints this year from Phoenix. The detail markings of the airframe are actually very nicely done but sometimes are so fine that they are hard to see. They have also missed off some of the clearer lines around the wingroot and engine nacelles, plus there are no maingear door markings whatsoever. What there is is tidy but they can’t match the printing quality of JC Wings.

Construction quality is solid for a Phoenix model. There are no tyre tabs, the aerials are all well placed and the undercarriage is good (although the maingear tyres do tend to point in odd directions). Less pleasingly both wings feel a little lose and the starboard wing has an interesting gap above it that the port doesn’t. It seems placed correctly so it appears the mould is just asymmetrical around the wingtops and less good on the right side.

Phoenix seem like they have tried with their new neo spinning fanblades, however as nice as it is it just isn’t a very useful feature. Instead I would rather they looked in more detail at the moulds they use. This isn’t a bad model by a long shot but it also isn’t anything spectacular. It is an ordinary mould with an ordinary refit to make it into a neo. I just can’t get too excited about it, but also wouldn’t banish it from my collection.

The Boeing 727 was for many years the most successful jet airliner ever made and the first to reach 1,000 units. It provided the backbone of the fleets of every major US trunk airline from […]