AACF will host the 1st International Amsterdam Collectors Fair at the Van Der Valk Hotel at Schiphol A4 on February 25, 2018! You won’t want to miss this exciting show which will be filled with over 90 vendors offering a variety of aviation memorabilia and collectibles including aircraft models, aviation photos, postcards, and t-shirts. We recently sat down with show organizer Patrick Van Rooijen to get a preview of the show. “Holland lacks a large aviation fair that attracts aviation enthusiasts from around the world. We thought, why not go back in time and try to re-invigorate the passion and enthusiasm for aviation in the Netherlands”, said Van Rooijen. Model Airliner Magazine is proud to be the Official Partner of the 1st International Amsterdam Aviation Collectors Fair and we’ll have a booth at the show too! Be sure to catch our full interview with the AACF team in the January/February issue of Model Airliner Magazine! You can learn more information about the fair by visiting www.aviationfair.com! 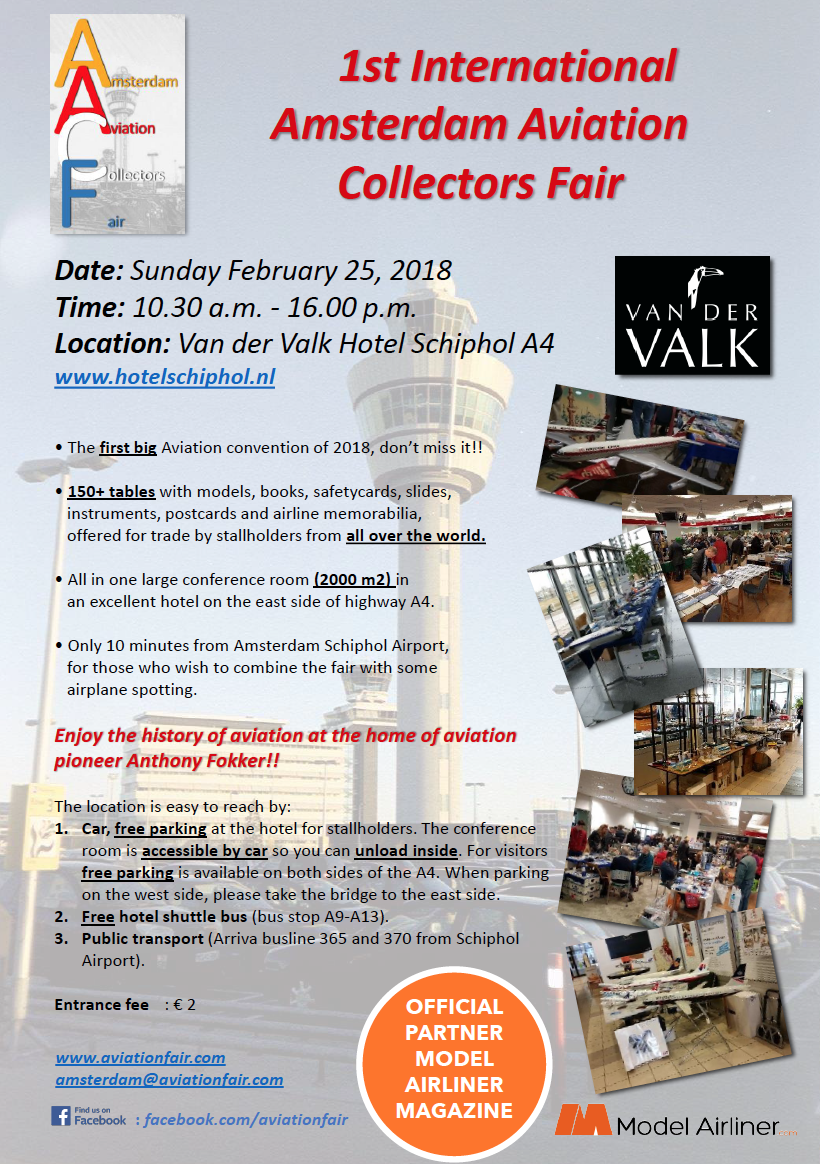 The Heathrow Aircraft Enthusiasts’ Fair will be held this Sunday, November 26th from 10:30AM until 3:00PM at Kempton Park Racecourse in London. You can find everything from airline memorabilia to aircraft models at this great […]