Welcome back to our Airport Spotlight Series! This week, we take a look at Moritz K’s well designed 1:500 scale airport diorama. A native of Furth, Germany, Moritz developed a passion for aviation and model collecting during his time as a baggage handler at the Nuremberg (NUE/EDDN) airport. While he loves airplanes of all shapes and sizes he is an avid fan of the Bombardier CRJ-700 aircraft as well as the Antonov An-225. 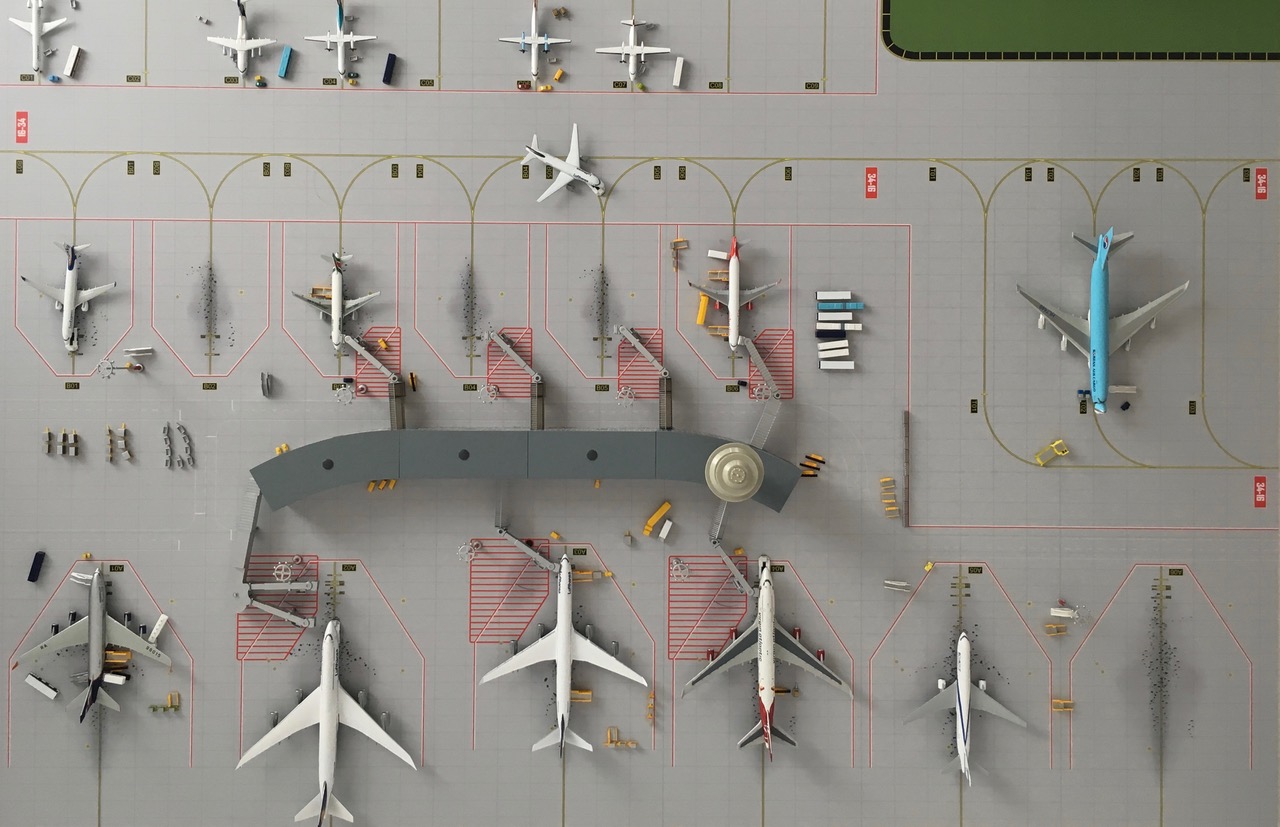 DF: What led you to develop an interest in aviation?

MK: I’ve worked a few years at the airport in Nuremberg (NUE / EDDN) as a baggage handler. This job sparked my interest in aviation. It’s a relatively small airport with flights across Europe, but sometimes I was lucky to see some larger aircraft including A340s, 747s and even a Antonov An-124.

DF: Do you have a name for your airport?

MK: No, I never saw my airport as a real airport with a name and arrival board. For me it’s more of a diorama to display my collection.

DF: What is the largest aircraft that’s part of your airport? Smallest aircraft?

MK: The biggest one is the An-225 and the smallest ones are the CityJet Fokker 50 and BMI Embraer 145.

DF: What inspired you to design your airport?

MK: I’ve just tried to get the most usable space out of my small diorama corner. If I had alot more space to build my airport, I would include a runway. However, for now its just some parking I just developed some parking stands and a small terminal. 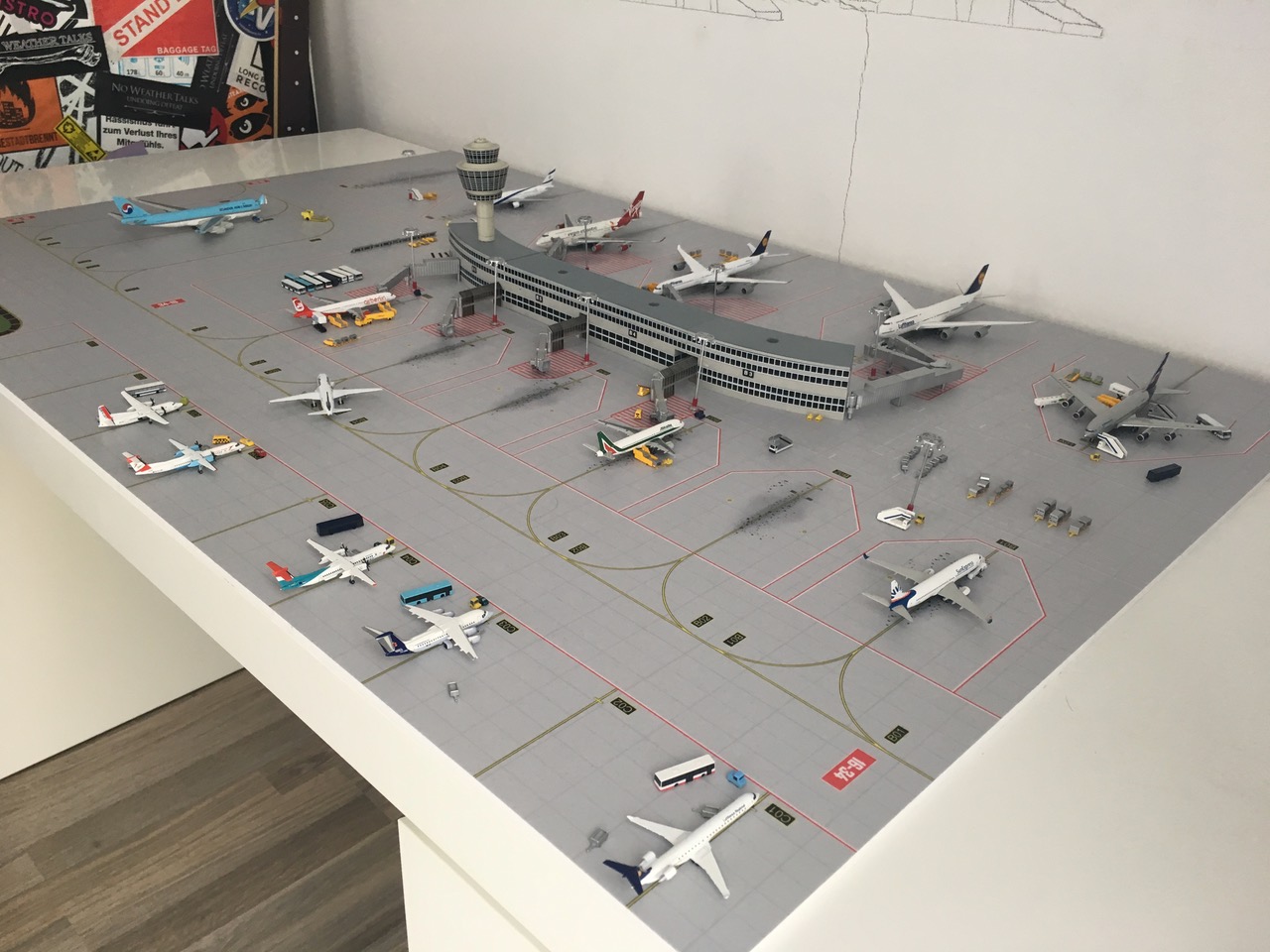 DF: What products and materials did you use to create your diorama?

MK: Buildings and vehicles are all out of the box from Herpa Wings.

DF: How many aircraft are based at your airport?

MK: 96 at the moment, but you never stop collecting! 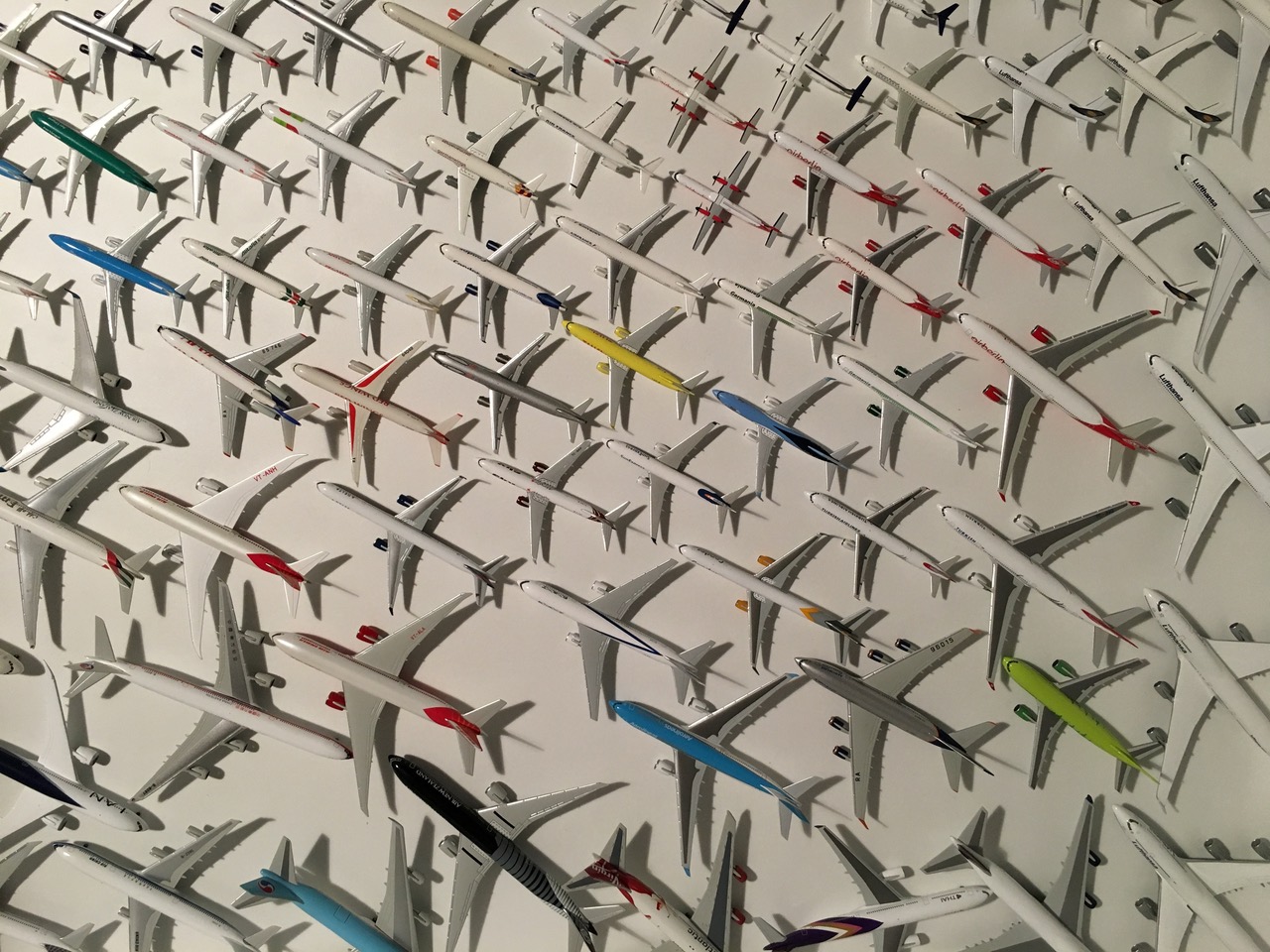 DF: How long did it take to design your airport diorama?

MK: I needed about two days and two additional days to arrange the buildings and the airport vehicles.

DF: What ground foil product do you use for your airport?

MK: I’ve created the foil myself with parts from www.airport-diorama-designs.com as well as a bit of Photoshop. I then sent the foil to a company to print into once piece and glued the foil onto a styrofoam plate. 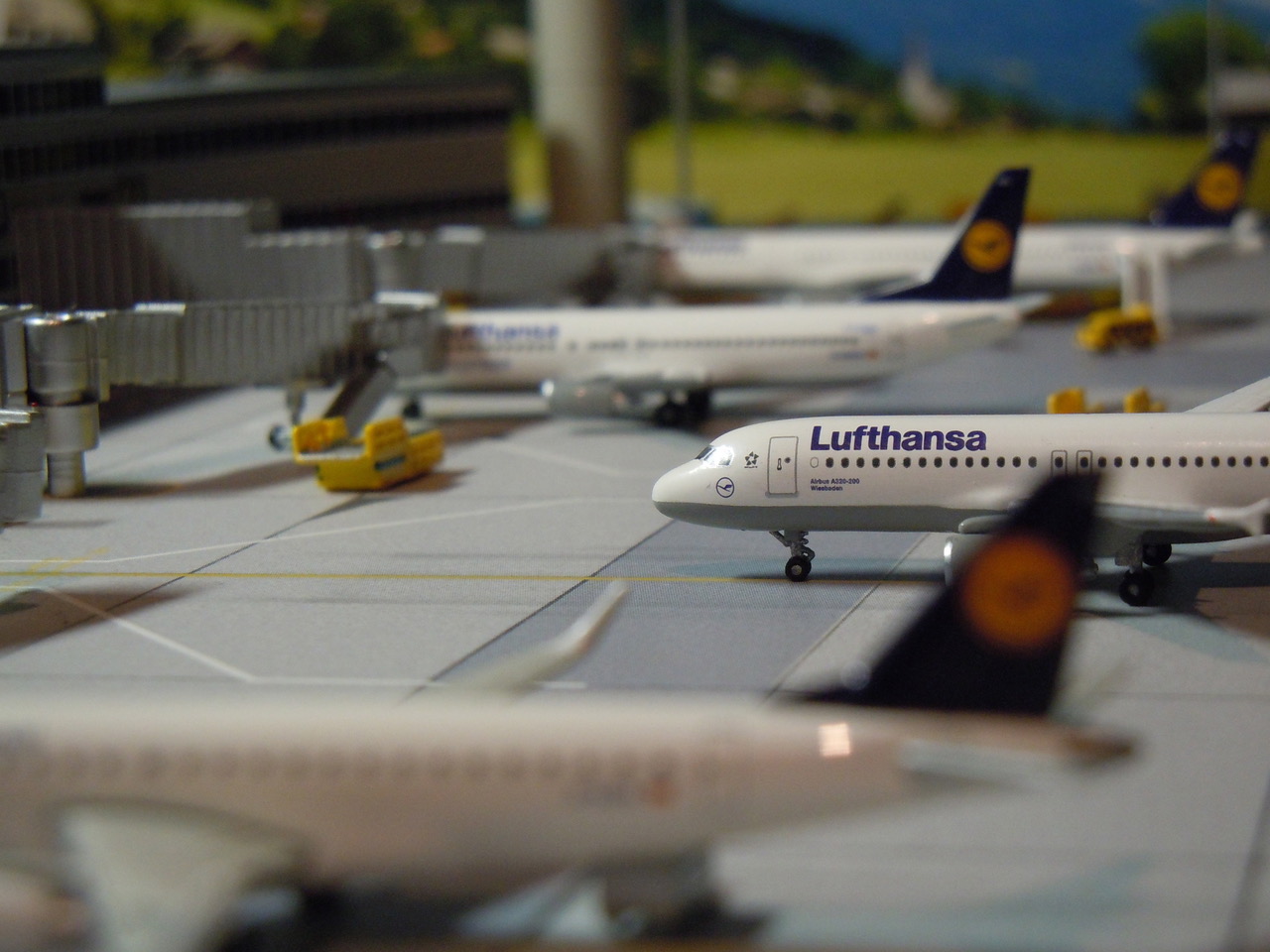 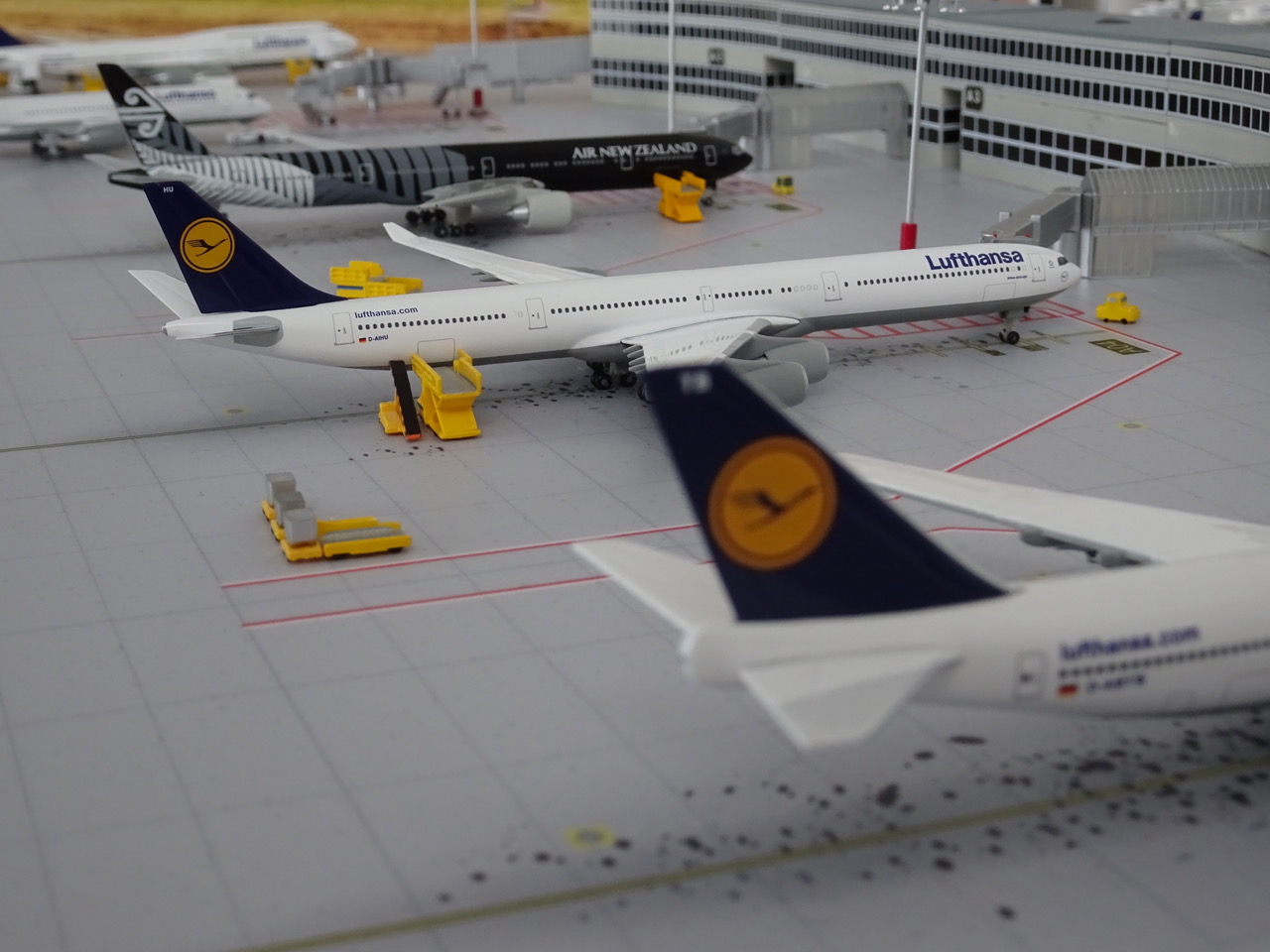 DF: I’ve noticed the realistic oil markings on your airport foil mat? How did you accomplish this?

MK: Actually, where already on the tiles from www.airport-diorama-designs.com. For my taste there are a bit too many oil markings on the tiles.

DF: Are there any future expansion plans for your airport diorama layout?

MK: Sure, I would love to expand once I obtain a bit more space to grow my diorama.

Want to be part of our Airport Spotlight Series? Submit your photos with a brief description of your layout to us at diecastflier@gmail.com.

Manufacturer house colours have become a fertile ground for new models in recent years, mainly for Aviation400, JC Wings, Panda Models and Phoenix. Of these only JC and Phoenix have the variety of moulds, or […]